Why are humans obsessed with true crime – and what is behind our appetite for the unsavoury?

“True crime has been around from the very beginning. It’s the ultimate human drama.”

On the subject of serial killers – the bread and butter of his career – he’s resolute, calling their actions “the ultimate depravity” and labelling them “the true monsters of today”.

As you’d expect, his job was no walk in the park.

“I was being called out in the middle of the night, going to crime scenes, attending the victims’ autopsies, seeing horrific things,” Holes tells Sky News.

While seeing dark and disturbing things was part of his job description, there’s a growing army of people seeking out such content – not for work, but for pleasure.

Ryan Murphy’s recent hit drama Dahmer – Monster: The Jeffrey Dahmer Story – about a man who claimed the lives of 17 young men and dismembered, preserved and ate parts of their bodies – has been a talking point for many, with Netflix saying subscribers watched 205.33 million hours of it in just one week.

Another chilling series, The Watcher – based on a real-life case that made a million-dollar mansion unsellable and stumped police to boot, has also been topping the streaming giant’s most-watched.

And recent TikTok obsessions with crime scene clean-ups show that nothing’s too graphic when it comes to satisfying our appetite for the darker sides of society.

So, why – despite real life being far from a utopia (a pandemic, ongoing climate crisis and more polarised political landscape than ever before) – are we so keen to spend our leisure time soaking up depressing and downright gruesome content? 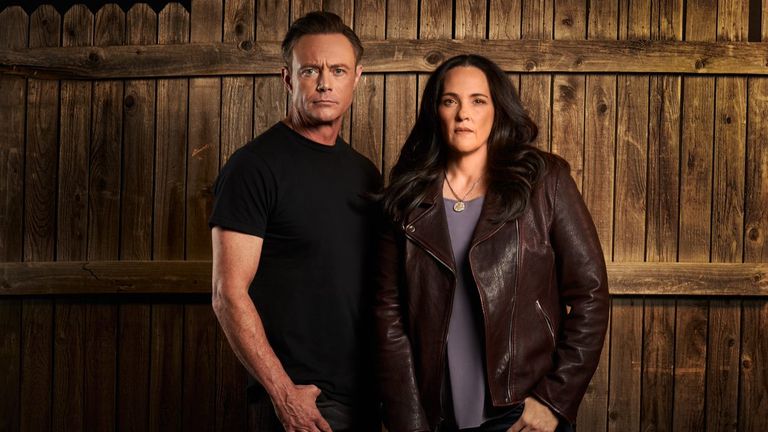 It’s not a modern phenomenon

Holes, who has spent his career tracking down some of America’s most notorious criminals, says this hunger is nothing new – we now just have a multitude of ways to access such content, be it via the internet, podcasts or the numerous streaming platforms offering films, dramas and documentaries based on crime.

Holes, along with true crime historian Kate Winkler Dawson, fronts the hit podcast Buried Bones, dissecting some of America’s most compelling cold cases, including The Golden State Killer (an ex-cop who committed 13 murders and more than 50 rapes), The Zodiac Killer (who claimed to have killed 37 people in Northern California), and Doctor Crippen (an American homeopath who was hung in Pentonville Prison in 1910 for the murder of his wife).

Winkler Dawson agrees that our appetite for the unsavoury has been around for hundreds of years.

“I study the 1700s, 1800s and early 1900s, and we had public executions back then. People came and used picnic baskets and invited their children. And so, we are probably, in some ways, a little less obsessed than we were. People came to packed trials and still sent love notes to serial killers, even in the 1800s.” 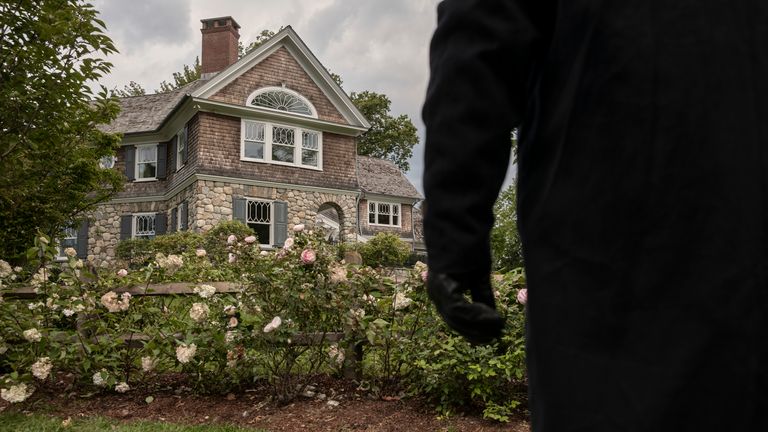 ‘The true monsters of today’

What are the ethics behind us enjoying true crime to such an extent?

Holes says it’s all about putting the victim at the heart of the case: “I spent my career working in real crime, so I saw first-hand the devastation of these horrific homicide cases. It really created a level of empathy for me because here you have a victim. The last moments of their life are just absolutely horrific. You have family members, friends, communities that are devastated by the loss of that person’s life.

“Now that I’ve stepped into the true crime genre, for me, from an ethical perspective, I always try to stay victim-centric. There is a component out there of consumers that are really fascinated with the offender, and most notably the serial killers.

“I take the perspective, it’s ok to study these individuals, to learn about them, what makes them tick, their psychology. But don’t glorify that. What they do is the ultimate depravity. In many ways, they are the true monsters of today.”

Winkler Dawson, who as a historian often has one foot in the past, says she’s more uncomfortable reporting on contemporary crime, than latter day killings.

For her, it’s all about the case.

“I want cases that feel different and new and fresh that are important in history… As a crime historian, I love unearthing history that most people have never heard of.”

In Buried Bones, Holes and Winkler Dawson apply investigative, behavioural, and forensic techniques to provide a modern perspective, even to historical crime. 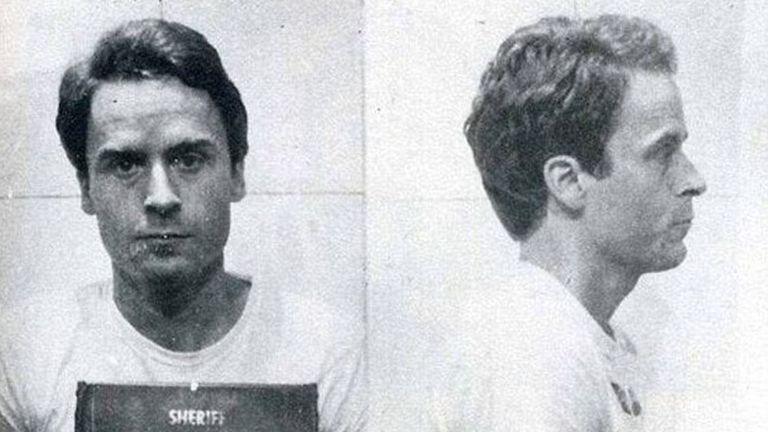 Why do killers kill – and why do we want to know about it?

A 2005 FBI symposium on serial murder suggested the following broad categories of motivation for serial homicide: Anger, criminal enterprise, financial gain, ideology, power/thrill, psychosis, and sexually based. Severe mental illness was also a cause of serial killing, with no fixed motive.

Aside from motives, the FBI also made clear that serial killers felt compelled to commit murder and did it because they both wanted and needed to.

Most of us will never be unfortunate enough to come into contact with a killer. Yet what is it that makes us so keen to learn the intimate details of those who have? 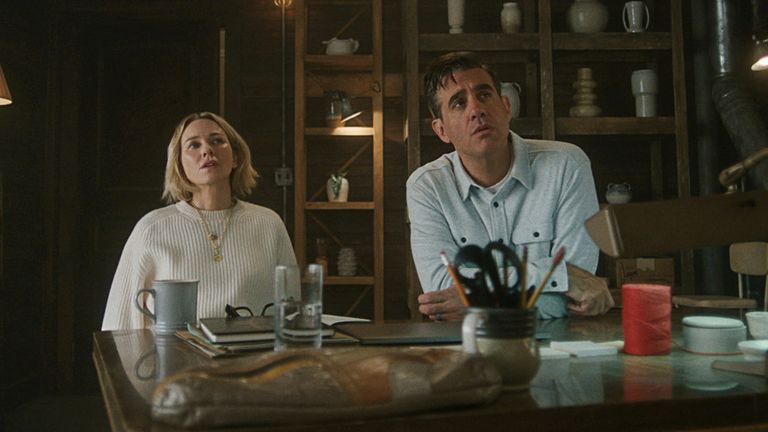 The cast of The Watcher, who have been immersed in the real-life case that inspired the seven-part thriller about a suburban family terrorised by an unknown person in their new neighbourhood, have some ideas.

Bobby Cannavale, who plays Dean Brannock, told Sky News: “Particularly with these sort of famous crimes, whether it’s Jeffrey Dahmer or Ted Bundy, we want to know: what the heck were they thinking? What makes certain people tick and do those kinds of things?”

Cannavale says another draw to the show could be schadenfreude (a German word which translates as pleasure derived from someone else’s misfortune).

“There’s a certain sense of safety and knowing that maybe on some level, that’ll never happen to me. There’s a sort of safety in reading about somebody else’s horrible life.”

His co-star Naomi Watts, who plays his wife Nora Brannock, says she has a more prosaic approach: “[I think] what if it was me and how would I prepare? This is how I would manage it. This is how I would cope. I’d see the signs, especially now I’ve seen them here.

“I think there’s general fear and panic in the world right now. And we’re tapping into that, and we want to better understand it.” 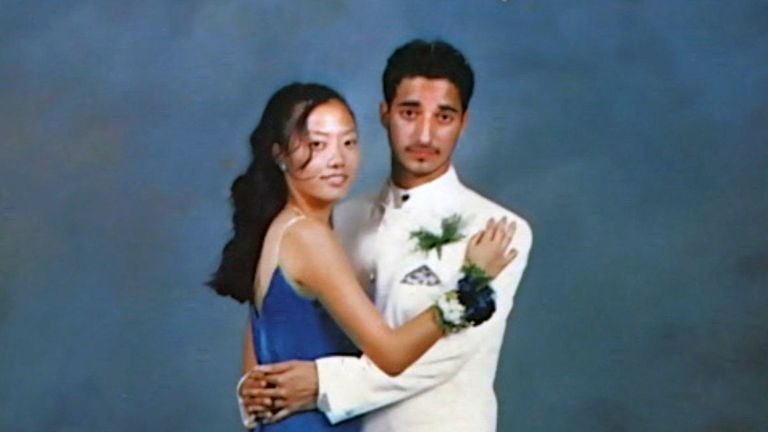 Watt’s personal theory chimes with the findings of Dutch professor Suzanne Oosterwijk, a social psychology researcher at the University of Amsterdam, who conducted a study, published in the National Library Of Medicine in 2017, looking into the motivation behind morbid curiosity.

In it, she gave dozens of university students 60 different choices of paired images relating to nature, social, and physical categories.

Shown two images as thumbnails for two seconds, the students were asked to choose one to look at in depth. Most of the time, the students in the study chose to focus on negative social images over neutral ones.

Prof Oosterwijk wrote: “Participants did not consistently avoid images portraying death, violence or harm, but instead chose to explore some of them.”

She went on to suggest that participants could be subconsciously seeking information through such morbid curiosity.

“People may explore stimuli that portray death, violence or harm because it gives them handholds that are useful in dealing with future negative situations.”

So, one way to explain the obsession would be that we are learning from true crime and using the information we glean to mentally prepare for any threat – however unlikely – that could come our way.

In a follow-up study using brain scanning technology, published three years later in Scientific Reports, Prof Oosterwijk and her team found that reward centres in the brain were triggered when viewing negative images, when compared to neutral and positive ones.

So, although we may not like what we see, our brains want to see it nevertheless. 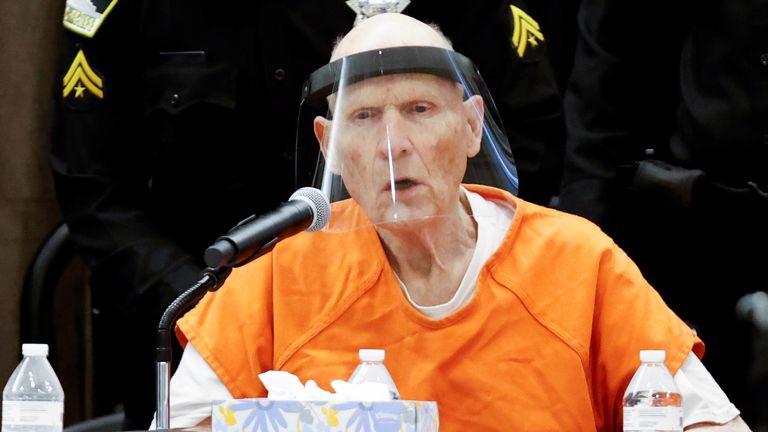 Retired investigator Holes admits that having such a concentrated exposure to predatory crime – serial predators, killers, rapists and the like – can leave you with a mindset that these individuals are around every street corner, when in reality such offenders are relatively rare in society.

Not surprisingly, after seeing some of the dark things he’s seen, he says somebody has to prove they are trustworthy and demonstrate that they are not a predator before he will accept them into this life.

Winkler Dawson on the other hand says despite her knowledge of some of the world’s most shocking crimes, she doesn’t look under the bed when she checks into a hotel room like most of her female friends. However, she admits she probably should.

Rare as they might be, Winkler Dawson says serial killers are a repeating trend rather than a product of modern life.

“People who are rare in our society were present in the 1700s or 1600s. Someone like a Ted Bundy, when he popped up in the 1970s, there was a declaration that no one’s ever seen somebody like this, the charming predator who could be your daughter’s fiancé and you would never know it. But he was not new.”

Such predatory behaviour may be uncommon, but she warns: “This type of person has been pervasive for hundreds of years. They have not stopped. We have not figured out a way to predict and conclusively stop somebody like this.”

While millions of us love nothing more than to curl up on the sofa with a blanket watching the likes of Dahmer et al, spare a thought for those whose real lives and careers have been dedicated to solving the most abhorrent of crimes and visiting the most disturbing crime scenes – not the polished Hollywood versions that make it on to your preferred streaming service.

Despite the international acclaim Holes received for his part in tracking down and stopping the Golden State Killer, he says it’s the killers that slipped through his fingers that remain firmly on his mind.

Outside of the desensitisation necessary to succeed in such a gruesome career, Holes says there has been an impact on him psychologically.

He ends the interview describing his own recurring nightmare – which he calls a graphic dream – a throwback from his time in the force.

“[I worked on this case] of a wealthy, reclusive, transgender man who was bludgeoned to death in his home. When I went out to the scene in real life, the flies had gotten to him and his face was just a crushed-in ball, full of maggots.

“This dream I have is, I’m in that very house, which was a very medieval-looking house, and I find a trap door, hidden underneath this Persian rug. And I pull the rug back, open up that door, and I look down these wooden stairs into the darkness.

“And as I shine the flashlight, that smashed face with the maggots all of a sudden pops into view. And it’s that every single time.”

You can listen to podcast Buried Bones wherever you get your podcasts.

Dahmer – Monster: The Jeffrey Dahmer Story and The Watcher are available now on Netflix.

No Result
View All Result