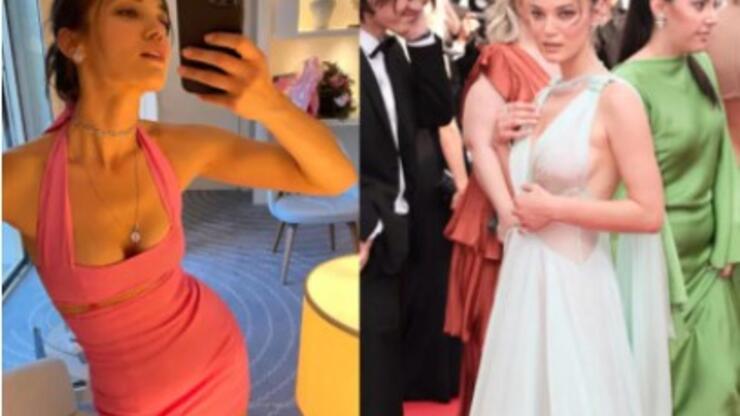 The beautiful actress, who went to Cannes as the representative of the brand she is the ambassador of, first appeared on the red carpet in a water green dress by Özgür Masur with a deep neckline.

The 28-year-old actress also attended the party held right after the festival. Deniz, whose star has been shining with the projects she has taken recently, preferred to wear a mini pink dress at the party.

Thousands of likes and comments came to the style of the beautiful actress, who also shared her poses in Cannes with her followers on her social media account.

On the other hand, Kaan Urgancıoğlu, Ilgaz of the TV series “Judgment”, which marked the Sunday evenings, where Sema Ergenekon’s pen met with Ali Bilgin’s director, made a statement about her compatibility with her partner Pınar Deniz, who plays the character of “Ceylin”, which has also been talked about on social media in the past weeks.

The 40-year-old actress is about her partner in the series, Pınar Deniz; “We enjoy working together very much. People make us look good, Pınar said last time, we really like it. That was the purpose, it was our match,” he said.

Who are the Cast of Make Me Believe? Release Date Filming Locations

When Will the Balkan Lullaby End? In Which Episode Will The Finale Be?

Better Than You When will it end? Will there be a 2nd season?

What is GARI Coin? Interpretation and Future 2022

Merve Oflaz made a name for herself with her boat poses

No Result
View All Result